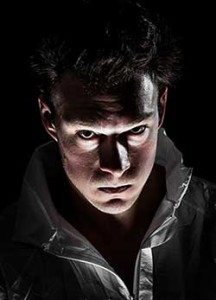 At the most disturbed end of the sociopathic continuum is the true sociopath. Unlike the popular belief, they are not all serial killers. In fact, one could almost put the criminal sociopath in another category. However, they can be quite dangerous.

They are devoid of feeling and can perform the most inhumane acts without an ounce of guilt or remorse. They also have the capacity to put on an act of remorse, which can make us feel like they really do care and that they have a conscience. It is an act.

They consider themselves superior to all others and hold themselves above humanity. They are exceedingly arrogant and always right. If crossed, they can move from an appearance of compassion and care to a cold-blooded killer in an instant.

Because they severely lack the ability to feel, they can often fool a lie-detector test, as they have no physiological responses to lying. Arguing with them is a lost cause. They will always outmaneuver people in their lives.

Sociopaths can be very successful corporate leaders and play that role very well. Life is a game and people are pieces on their game board to be moved at their will. If one doesn’t play their game, they will have no use for them. If one begins to play their game and gets in their way, they will eliminate that person by either destroying or by discarding them.

Because they live larger than life and are highly seductive, many people find them attractive, particularly individuals who are a bit timid and believe they can succeed by “going along for the ride.” Sociopaths prey on the innocent. They are the true predators of humanity. The cost to the individual victims and to society  at large is immeasurable.

“He will choose you, disarm you with his words, and control you with his presence. He will delight you with his wit and his plans. He will show you a good time, but you will always get the bill. He will smile and deceive you, and he will scare you with his eyes. And when he is through with you, and he will be through with you, he will desert you and take with him your innocence and your pride. You will be left much sadder but not a lot wiser, and for a long time you will wonder what happened and what you did wrong. And if another of his kind comes knocking at your door, will you open it?”

From an essay signed, “A Psychopath in Prison,” that appears in the book “Without Conscience: The Disturbing World of Psychopaths Among Us”  by Dr. Robert Hare