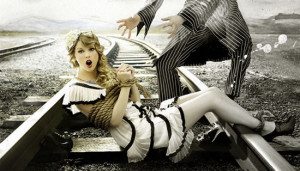 Central to the understanding of  The Sociopathic Style™ is the power triangle.

Classically, one enters the power triangle from a power-down victim position or the power-up rescuer position. The stereotypical relationship style in our society is for the female to be seen as victimized by the male. This is certainly not always the case and we have seen many examples of males being victimized by females, females by females and males by males.

In the classical scenario, the Damsel in Distress needs the Knight in Shining Armor to rescue her as she is helpless and cannot get herself out of her terrible life circumstance. The hidden component of the triangle is the Villain. Classically, in the Sociopathic Style, the Knight and the Damsel are the characters in the drama. Only when the Damsel starts to gain strength does the Villain come into the drama. The Knight needs the Damsel to stay in distress or he doesn’t have a purpose for living.

As in all dualities, one side mirrors the other. The Knight is utterly powerless without the Damsel, as the Knight has no access to his core, his inner source of strength. He denies his powerlessness and finds power through his chameleon-like ability to be whatever the distressed Damsel needs. The Damsel is incredibly powerful in her ability to manipulate the Knight with her absolute, albeit unconscious, feigned inability to live life from her own resources. Her all-powerful message to him is that without the Knight she cannot live.

Now enters the Villain. As the Damsel begins to receive what she needs, she begins to come more alive. The Knight is then threatened by the Damsel’s developing strength and becomes the Villain through shaming her, diminishing her, blaming her for his woes and telling her how sick she is. He aids and abets her belief that she cannot live without him.

Because each person in the Sociopathic Style has emerged from childhood with a deep suppression of their essential self, having also an inner experience of powerlessness, they must operate in all relationships from positions within the power triangle. Being separated from their inner strength, they must get power by playing the characters of the drama.