The Sociopathic Style > Language of Integrity 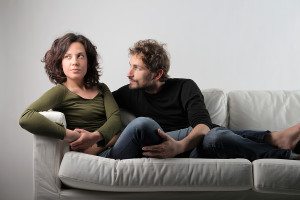 A sociopathic person is walled off from their inner core. How they present themselves to the world is a facade. Their operational system is power. To relate to them by playing the power game is a losing proposition because they are masters of the game and they will win at all cost.

Two elements that are always present in a relationship with someone who is committed to the Sociopathic Style is fighting for one’s boundaries and trying to ward off attacks.  A sociopath has no concept of himself, the other, or the other’s boundaries. The more severe the Sociopathic Style is in an individual, the less “self” or “other” exists. Therefore, it is important to present yourself so you are clearly heard and seen. Any confrontation needs to be handled cautiously.

One can test a sociopath’s commitment level to the Sociopathic Style of relating with the use of a tool called Language of Integrity, which was developed by Dr. John McCormick while working with couples in therapy, to help them work through their conflicts and deepen their intimacy.

It has been adapted to be used as a way to eliminate the Sociopathic Style in relationships.

Although the Language of Integrity is straightforward and simple in its explanation, it is difficult to use without practice. When using this helpful tool, one must be willing to reveal one’s feelings, the beliefs one holds about the other person and the relationship,  as well as what one truly needs.

It is through the vulnerability of self-exposure that we are able to test others and our own willingness to give up The Sociopathic Style.

A sociopathic personality will fight our attempts to maintain healthy boundaries, but they are ultimately powerless if our boundaries are well maintained and we are strong  psychologically, emotionally and spiritually.

The Language of Integrity

The first stage when engaging in the Sociopathic Style is the “I FEEL” stage. You first express a feeling such as, “I feel upset.” The second stage is the “I PERCEIVE” stage. You then say exactly what you experienced. Do not say “You did x, y, and z”, but instead say “I saw you do x, y, and z.”  This permits them to say, “You are crazy, and I never did what you said you experienced.” They will most likely tell you that you are “always making things up”. At this point, it makes no sense to go any further as they are not interested in you, what you feel or what you have experienced. Until they express an interest in knowing you, it does no good to fight to be heard or seen. This will only lead to escalation. You simply have to accept the reality that they are not interested in you. That hurts.

If they stop accusing you and start to receive you by listening to what you have to say and do not come back with a defense or an attack, you can move to the next stage of discussion. Usually, the reason for the confrontation is that you have been hurt or violated in some way and you don’t want it to happen again. This leads to the “I BELIEVE” stage. In this stage, you are talking about what you believe about them on the basis of what you have experienced. This is the only time you can talk about the other person, but you still put it in terms of yourself. In other words, you present your belief about them not the “truth” about them.

Again, this allows them to tell you that you are wrong.  If they don’t, you can move to the “I DO” and the “I NEED” stages of the process. Allow them to tell you that you are wrong in your belief as this prevents escalation. If on the other hand they own up to the belief you hold about them you can move into an honest in-depth and constructive conversation. The persons committed to the psychopathic style will not own up to the “truth” about themselves. If this is so, it makes no sense to go on to the next step in the process. Nothing will be gained by continuing.

If, on the other hand, you move into a deeper conversation where both of you are “fair witnessing” yourselves and owning your parts in the problem example of “I DO” is something like, “I get scared and withdraw from you when that happens”; or “I get angry with you when that happens.”

The “I NEED” stage is that I need the thing that happened not to happen again. If there is agreement, time will tell as to whether the behavior changes or stays the same. If change does not occur the person may still be highly committed to the Sociopathic Style and you have to make a decision about what you do with the relationship.

The true sociopathic personality is not interested in a relationship and certainly is not going to change their behavior to maintain or improve the relationship. Nothing one will alter that reality. We are all powerless to bring reformation to the sociopath. They will only change when they feel their inner void and realize power does nothing to fill that void. Only loving relationships will fill the emptiness and that comes from feeling loved.