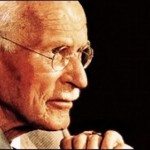 Carl Jung, a psychoanalyst from the early 1900s, coined the term “archetype.” He believed that in the unconscious there was an aspect in each of us that was related to the rest of humanity. This relatedness was across time and space. He observed that throughout history and across cultures there were “human themes” that showed up over and over again. The themes often appeared in a symbolic and metaphoric form. This is like a shared memory of experiences that transcends any particular place, time or culture.

These metaphors, images, and symbols were experienced as resonance or invisible energy in each person. We could easily say, “I resonate with a knight in shining armor,” for example. An archetype is a personality style, if you will, that people can universally “resonate with.” This is what makes a play or a movie or characters in a good novel “come to life.” The audience or the reader can identify with the characters or the situation.

Typically the “drama” involves a hero or heroine and always polar opposites. Therefore, there must be a villain and victim as well. The knight and the damsel in distress are a typical pairing. These characters, often historic or mythical figures, act as focal points for the archetypal energy with which we can resonate. Very typically the figures are larger than life.

Another important point about archetypes is that Jung identified “archetypal behaviors.” These are behaviors that are, like archetypes, stereotypical or universal behaviors. Sometimes they are seen in the other creatures such as dogs, cats, horses, monkeys and many other animals. These behaviors are so prevalent and primal that they were recognized by Jung as inborn and not necessarily learned. These “archetypical behaviors” are played out between all people across the world and throughout history.

It is for this reason that we are able to link the behavioral styles of the psychopathic personality that we identify as Sociopathic (disturbed social) Styles (archetypical behaviors).

The Devil is the first and most obvious archetype in our list. He is also known as Lucifer, Mephistopheles, Satan, the Beast and the Evil One. This archetype is the one that most represents the greatest degree of narcissism on the Sociopathic Continuum and is the true diagnosable psychopath.

In the article “The Victimization of Lynndie England,” it is written “Lynndie leaned down to a courtroom artist sketching Mr. Graner: ‘Don’t forget the horns and goatee.'”

The Devil is evil incarnate; this character offers worldly goods, fame, or knowledge in exchange for your soul. He is a charismatic charmer luring his victims to their own destruction. See, for example, the Devil in the wilderness in the temptation of Christ. 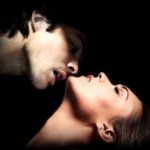 The archetypes for The Sociopathic Style™ are not just male in gender. There are as many female representatives as there are male. Our culture continues to turn a blind eye toward psychopathic women. “The Angel of Darkness,” a historic novel by Caleb Carr, is an excellent work of historical fiction illustrating the reluctance of our culture to recognize evil in women. This book, as well as Carr’s “The Alienist,” are both well worth the read for anyone interested in the subject of psychopathy and The Sociopathic Style™.

The Siren or Black Widow is the female equivalent of the Vampire. She is slinky and smooth like black velvet with an iron core. She goes after anyone she wants and is skilled at using all her charms. When she lures you into her web she will sting you with her poison, putting you into a deep sleep. She will then devour you. Like the vampire, her only source of nurturing is her victim. When she devours her victim she goes on to the next. Her appetite is insatiable. Everything about her is a lie, even her incredibly good looks. She is often revealed to be an ugly beast underneath her beautiful facade.

The Femme Fatale has a lot of the aspects of the Black Widow but only wants to use her victims to gain power through her sexuality. Her source of life is power, not the life energy of her victims. She uses her victims to enhance her self-esteem. Her victims get boring to her quickly as she is into the power game of conquering. When she conquers she goes on to the next victim. Her appetite is equally as insatiable as that of the Vampire and the Black Widow. Her wound is to the ego, not the soul. Although for many of her victims the ego and the soul are not perceived as separate, this is one of the aspects of the shame process. On the scale of narcissism in the Sociopathic Continuum, she is most likely in the category of the phallic-narcissistic or the narcissistic personality. 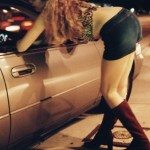 The Prostitute is a very common archetype, although not often seen as one. Her purpose is survival with a cold attitude toward her victims. In many ways, she is not seen as a perpetrator but rather as a victim herself. Also, she believes she is helping her “victims” and in no way would see her clients as such. She is, and her clients are, examples of the “Phantom Psychopath.” Often on the Sociopathic Continuum she may be a borderline personality; however, I suspect all of the categories can be found in this real-life example of this archetype. The Madonna-Whore Complex is an example of the polar opposites of the archetypal world. Jung saw that the shadow side of the archetype existed within the archetype itself. Therefore, in every Madonna there is an unexpressed whore and in every whore there is an unexpressed Madonna. An excellent example of this is the two Marys — Mother Mary and Mary Magdalene — in the story of Jesus.