People with personality disorders do not like to cooperate. They have a deep commitment to withholding truth, facts and promises. They do not like to empower others and do not like to give credit where credit is due. Lying comes very naturally and without remorse. 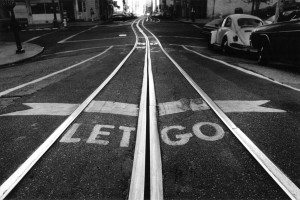 They avoid honest and open communication. They are the ones who hang up on us because they do not allow others the freedom and right of expressing their own feelings and thoughts. They are deeply afraid and do not feel love authentically. Their love is shallow and conditional, which is not connected to all living beings. Typically, these types insult and shame us. They do not help us save face, especially when they want to have some form of control over us, or try to make us feel lesser than. If called upon as witness to truth that could exonerate someone, they may say something like, “I really don’t want to get involved.”

They lack integrity and grace and are filled with immense judgement and disregard for the well-being of other human beings. They love to triangulate. It makes them feel powerful to have that much self-imposed, artificial control over others. They may treat their animals better than family members.

After decades of studying and teaching, I see all antisocial personalities as being asleep in their own reality, which on some level gives them what they need to sustain themselves. Perhaps it makes them feel more alive, being that they are the archetype of either the walking dead or the vampires who feed on the Light of others.

From what I have witnessed throughout the years, and others have shared with me, they possess a low spiritual and/or emotional IQ. They tend to gravitate toward the fleeting satisfaction of materialism and plow their way through the hearts and lives of the people who are touched by them. They seem unable to control their impulses to destroy people’s good works, reputations, families and relationships. Very rarely do they have their own legs to stand on. They need others to prop them up, financially and otherwise.

We have all wanted to shake them to wake them up and show them that there is an easier and more fulfilling way to live. It seems like they don’t understand the meaning of the words: Love. Respect. Loyalty. Honor. It’s a lost cause. Leave it alone. Focus on building your own beautiful life and don’t confront them with their lies. People know. Or, they eventually figure it out. You don’t have to justify yourself. Give it to the Universe. One day,they may awaken through tremendous amounts of loss and pain, or their own voluntary spiritual development. Maybe it will take lifetimes, who knows? So, do yourself a favor. Don’t wait for it.