Who are the “Unteachable Ones” and how will you recognize them? 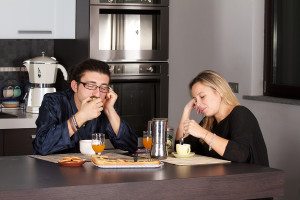 They are the people in your life that tend to speak the three most dangerous words in the English language: “I KNOW THAT!”  Sometimes, it sounds like this: “I already knew that!” “So what? I already know that!”  “I do that already, and I have for years!” They live in a house of cards. Yes, or yes? Always projecting that they have that knowledge, which they really don’t. The proof arrives instantaneously when they are asked and can’t answer the question, even though — per them — it’s been a life-long learning. Doesn’t matter what the subject is. They know it all. You get the picture.

A person who has a huge commitment level to the Sociopathic Style is difficult to teach. It is also very hard to share success stories with them, as they are simply going to say something like, “Great!” They will never ask you, “Tell me more about what you learned.” “Wow, it sounds like you learned a lot.” “What an achievement! Congratulations!”

Nope!  You will never hear anything like that from an Unteachable One.

Here are 5 traits that may help you recognize Unteachable Ones:

1. Someone who feels weak and not in their power tends — or tries — to steal energy from someone who is in their power. When given the opportunity to learn something new, they immediately feel inferior and shut down, walk away, or talk about you behind your back to take you down a notch.

2. They know everything, and much better than you! “Okay, go ahead. Explain yourself and tell me what you know,” they might say while they roll their eyes, sigh, yawn or act completely disinterested in what you are saying. They may ask the question and then interrupt you with something completely irrelevant.

3. Are they really interested in what you know, or what you just learned or experienced? Probably not. People who have  a high commitment level to the Sociopathic Style believe you don’t exist. Your excitement leaves them cold, because  they, themselves, can’t feel or access their own inner core other than feeling jealous. So, how in the heck can they relate to you?   Only through deep, inner resentment that has been festering for years, decades or an entire lifetime.

4. They tend to be jealous people, so if you know more than they, they will try to knock you off your pedestal. Whether to your face with their rudeness, or back-biting.

5.  They may secretly admire you or what you stand for. Hence, they will mimic you and pass on the things you teach them, claiming them as their own. They tend to steal the credit away from you because they don’t want your head to swell, or some such nonsense. They may belittle and shame you by yawning, acting disinterested or make faces while you try to communicate with them. But, alas! They go out and share with others the things they heard you say.  Catchphrases, knowledge, spiritual quotes.  It doesn’t matter what it is. They may try to steal your entire personality, for that matter.  (See the movie, “The Talented Mr. Ripley.”) Scary stuff.

People ask me, “How can we stop these hideous, little monsters?”

You don’t. And, you shouldn’t want to.

The best thing to do is don’t confront them and walk — or run — if you can, far and wide and be with the people who know how to love, uplift and inspire you. Because we all know by now, they do not know how to empower others. From an energetic perspective, once you really get to know them, it feels like they are dead inside. There is no authenticity in their personality.  They have often been called: “Empty, hollow shells.”

Lastly, believe me when I say this — they can not steal anything from you when you have enough Light in you. Light is abundant and unlimited. They may try to dim your Light, but without your permission, they can’t do SQUAT.